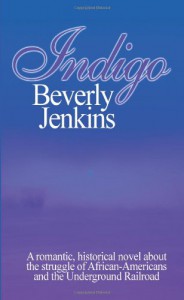 As there was a recent buddy read of this a lot of people have described the plot, so I won’t go into it much, other than to say the protagonist is Hester, who helps out people who have escaped slavery. At the beginning of the novel she meets and helps Galen, who henceforth becomes an integral part of her life. The story focuses on their developing relationship while dealing with many of the issues that impacted people in the early 1800’s.

Hester was a great character who gave selflessly. She never put herself first if it could at all be helped and dedicated her life to others. My only criticism of her is that she was too perfect. Apart from pre-marital sex, (which due to the time-period the novel was set in would have been very much frowned on), there was nothing. She read as very literal and real, but I would have liked a little more to her character to identify with. Galen was a pretty solid character, if a little much at times. One problem that kept coming up for me was the frequency of the sexual scenes. While this helped build the tension between the pair before their relationship took off, I found it really stilted things after. I found myself repetitively groaning and wishing something more substantial would come along to add to the depth of the story.

When I got to the 75% mark I felt that the novel was essentially all wrapped up and couldn’t understand why there were another 50 plus pages. I skimmed quite a bit at this point until I got to 85-90% when things started to take off again. This part of the novel was excellent and I really enjoyed it. I just wish it had been structured better in entirety, instead of much meat being left until the bitter end.