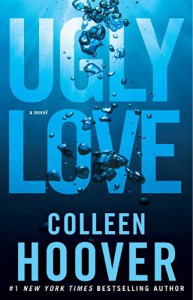 Ugly Love is the second book by Colleen Hoover that I’ve read and I had so much fun. It was completely different to the other one of hers I read, It Ends With Us. That one was to do with physical abuse and as hard as the topic matter was to read about, I thought the book itself was amasing and it got to me a way that few books ever have. Similarly, this one tackled difficult themes, but nowhere near the same level. It was mostly just a really fun read.

The story followed Tate and Miles who meet each other under dubious circumstances and a physical attraction develops between them. Miles doesn’t want a relationship, just something casual. He propositions Tate and she agrees.

This is a novel of dual perspectives. The chapters in the present day are written in Tate's, while Miles narrates the alternate chapters that take place six years in the past. The chapters from the past illuminate the reasons why Miles can’t bear the thought of falling in love again and only wants a sexual relationship.

I loved virtually all of the characters. Tate was fun and quirky and she showed such vulnerability when she began to see Miles as more than just a casual fling. All she wanted was for Miles to feel the same way about her and I could almost taste her disappointment when he kept shooting her down. There were several times when I wished Tate would walk away because I couldn’t bear to see her hurt anymore, but she kept coming back for more. This was infuriating to a degree, but communicated  the depth of her feelings for Miles.

Miles himself was a very stoic character who it was hard to get a measure of. His chapters, which were often written in verse  (I didn’t get that at all), really helped to shine light on his character. I preferred the chapters written in the present day as I did find the angst a little too much in Miles’s chapters, but they were okay.

A lot of people go on about Cap (one of the side characters), an old man who operated the lift for residents at the tower block where Tate and Miles lived .I liked him, but I really don’t get why people were so enamoured with him. He was fun, though, and I certainly didn’t dislike his parts.

This was such a fun read that was perfectly paced and really addictive. If you’re in need of a light read go check it out. It left me with such a warm glow! 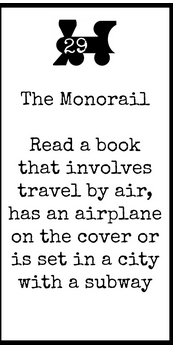